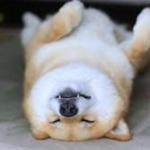 opi
July 2016 edited August 2016 in Genetic and biology based mods
anyone interested in acquiring the disorder of not feeling pain, ever?

...Like the people who have CIP (Congenital Insensitivity to Pain) whose sensations are all intact except pain.
https://en.wikipedia.org/wiki/Congenital_insensitivity_to_pain

Let's share ideas. I want to know different ways you can become this (or close), either long-term or permanently :D