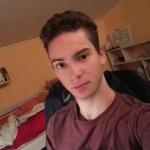 Rocco8620
June 2016 edited June 2016 in Suggestions
Hello,
Is it a common problem to not being able to edit comments via mobile? I usually have that problem.
If a lot of people here go on biohack.me with mobile would you like a better mobile theme o maybe an Android application dedicated to the forum? (Push notification on new updates, personal messages and so on)
If the admins agree I am willing to help improve the site. Let me know if I can do anything.
Rocco8620
Tagged: