I got a lot done today (armodafinil) 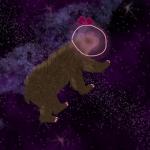 katzevonstich
May 2016 edited May 2016 in Supplements, pharmaceuticals, and nootropics
My doctor prescribed me armodafinil last week because my constantly shifting school schedule has wrecked my sleep habits. Terms change every two months and I will be in 8am classes one term then 10pm classes the next, with no break in between (sometimes there's a weekend break). There's no spring or summer break, just a couple weeks off in December. On the plus side, the program results in a Bachelor's in two years and a Master's in one, but the stress and workload is nuts. I'm halfway done with my fourth year of this because my past self decided one Bachelor's wasn't enough. I really wish I had gone to my doc much sooner. Just a single starter dose has transformed everything.

The last time I felt this energetic and all around good was back in my early 20s. I can't even imagine how much easier the past four years would have been had I had this. I went from barely being able to function to getting shit done like mad. It was like that feeling I sometimes get when I'm suddenly super motivated and get a surge of energy to work on a project, but the feeling is constant. I no longer have to flop over on the couch for a quick nap just to be able to sit up and do homework. Being able to focus on a task as long as I need and immediately returning to interrupted tasks without struggling to get my focus back is almost mind-blowing.

Before class today, I finished all my papers and quizzes for the week, even though nothing is due until Friday. Then I was conscious through boring PowerPoint lectures, remembered the information later, and didn't get distracted once from class. When I got home, I did all the dishes, cleaned the kitchen, made supper and a batch of brownies, did supper dishes, made bismuth crystals on the stove, organized my parts bin, and then played Minecraft, which I haven't done in months due to being too fatigued.

If this keeps up, the countdown to graduation will be a whole lot easier. I might even get done all the projects that have been aging on my desk. I'm glad I found the info here on modafinil (and then went a'researching). That's really what pushed me to finally go and get this problem taken care of. I had been putting off going to the doc because previous doctors told me to just take Benadryl or OTC sleep aids, which make me too groggy during the day, or to "drink more coffee." I don't even like coffee. Caffeine seems to do jack all and amphetamines just make me constantly nauseated. So potential solution without the usual problems was a giant ray of hope. The doc didn't even wait for me to suggest monafidil or related, he seemed to have decided to prescribe it as soon as I mentioned my exhaustion and class schedule.

So far, the only potential side effect of the armodafinil has been a tension headache from focusing so hard on my computer screen and that's easily fixed with frequent breaks.
Tagged: