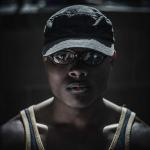 Lucas_Dimoveo
December 2011 edited December 2011 in Genetic and biology based mods
Some light reading on the subject: Electroporation  and Gene Electrotransfer .  Here is also a video on a related procedure.
Ladies and gentlemen, I believe we've found our first cheap and reliable gene therapy "vector".  All we need to do is get the electroporator built.
Tagged: