Function x Form: Should we strive to keep looking human? 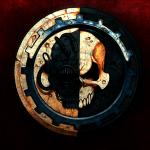 LorenzoPg
March 2016 edited March 2016 in Everything else

Hello everyone, I would like to ask something that has been bothering me for some time.

For a while now I have been building up a business proposal to start a company dedicated to biohacking and augmentation, hoping to be one of the first in the market. I will make a topic for that later when I feel I am ready to pitch the idea to start-ups and investors. But while working on that I came up with a pertinent
question.

Every time I started to think about really advanced augmentation (New legs, arms, eyes, organs) I saw the obvious difficulty I would have to make the mainstream public accept the idea. After all, even if this new mechanical arms let me punch with the strength of a world record strongman and these new legs run at 30km/h, why would I need it?

Then it hit me: We shouldn’t just try to improve the design, we should try to create something new.  Instead of legs that just look exactly like our regular ones but a little sturdier, if you could have a completely new design that is even more efficient? Maybe some things like a foot that can rearrange itself to a different shape, so you have different settings to climbing, swimming, running and plain walking.

Hands that have fingers that split in half, giving you double the amount of
appendages to hold onto stuff, or a hand that changes into something else
altogether. Maybe tools like picks and knifes.

Organs with amazing new capacities: Lungs that can handle 4 packs of cigarettes a day and filter all the bad stuff away, leaving only the nicotine to pass. Livers and kidneys capable of processing more toxins in an hour than their biological counterparts in a whole day.

Why keep these augmentations as simple reproductions of the originals with a sturdier material? They can be so much better!

Sure, it is all very farfetched. It would take at least 70 years of constant R&D to get to such level, but all good ideas start as just that: Ideas. Besides, I am
totally not the first person to think of such a thing. You guys know that.

I was quite pleased with my line of thinking until I came back to the reason I started it and realized how much I had failed.

As amazing  as these things sounds, they would not look human. At all.

People with facial piercings are shunned in society already (Tough that comes less from the piercing itself and more from the idea of type or person that chooses to have a piercing, but the point stands), imagine what sort of shunning a man with a leg with a forward bending knee would face? Or a person with hands of pure metal? Or one who’s left eye look exactly like a Borg eyepiece?

As most of you can tell from looking at my profile pic, I am a huge fan of the Adeptus Mechanicus from WH40K. When I was coming up with ideas for projects, I kept thinking about stuff that would not look out of place with them. But they barely look human.

Has anyone ever done studies or research on the impact such thing would have? Even a little pondering? I can imagine quite the social division happening. I don’t really see the human body as a form I wish to keep if there is a better alternative, but I am pretty sure the average person would freak out at the idea of having asymmetrical eyes, or arms with alien looking hands.

I think that, even though it is something that is so far away from our reality today, we should already start thinking about this stuff.