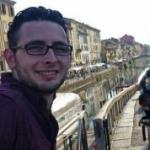 Rclifford3
February 2016 edited February 2016 in Coatings, transdermals, other implants
Hey everybody,
This is actually my first post on here since I had the NFC implant from Dangerous Things installed in my left hand a few days ago, which I've been enjoying immensely. However, bringing it up in conversation/broaching the topic with others has had mixed results.  I'm curious, what kinds of reactions have other people had to their implants?  I'm also curious as to how you guys have brought it up in social encounters. I'm usually fairly tactful, but most of the people I've tried to talk to about it have said something along the lines of "huh, that's kinda creepy."  I'm just wondering how others have overcome this.
Thanks,
Rclifford
Tagged:
«12»