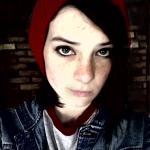 EmberErikson
December 2015 edited December 2015 in Everything else
Hey guys, I've got an issue. All my life I've dealt with metal allergies, not limited to nickle, with varying reactions. Worst case scenario, I get huge open sores that get infected(happened before). Would this cause problems with any of my future implants? I've even had to get a tooth removed due to a reaction to a silver crown (not pleasant). Any ideas? Especially since I dont know exactly which metals I'm allergic to... (And I may not respond for a while as my keyboard doesnt work on a mobile platform...please fix that)
Tagged: