Build a stack for a collegiate swimmer 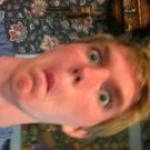