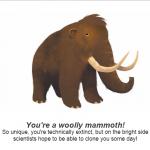 MagneticJacob
October 2015 edited October 2015 in Genetic and biology based mods
Would a mod that could allow us to not have decompression sickness and be able to survive with less oxygen be possible?

Slow acclimation would work to a certain point, and then, what could be done? :

The less oxygen, would be useful occasionally and interesting usually when holding ones breath.
The not have decompression sickness would be useful when going to some areas.
Tagged: