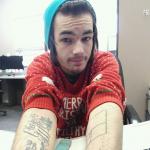 Benbeezy
October 2015 edited October 2015 in Everything else
So I know that a lot of people use their NFC/RFID tags to unlock doors. But I had an idea about using your pulse and body temp instead.
I should start off by saying that I am working on an armband that reads my biotherm, pulse, and whatever other sensors I can find. This armband send all of the data to my phone for logging and records. But I thought to my self why not send that data over to a server and read it from your lock. Then you go to unlock your dour it reads your biometrics and sees if its a match for the data your phone is sending. This can be done over 2 second or so to make sure its not being spoofed. If the data matches it unlocks or does whatever task you want to do.
I want to know what everyone thinks of this. Do you think their is a enough variation in a pulse temp combo to keep things safe? is this easily spoof-able? What does everyone think would make this a better idea? what are the flaws?
Tagged: