How much would you pay for an implanted watch? 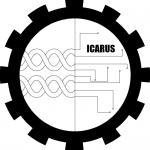 Griskard
March 2015 edited March 2015 in Coatings, transdermals, other implants
As we are currently making good progress on our implanted watch (There are a few things we have yet to fully flesh out before we move to the next stage, mostly funding) we want to know how much you would be willing to pay for one? Naturally we will be selling them above our own cost price, as that is how we will be able to afford the prototyping phase, as well as fund the next project after this one.
We want to know, how much would you be willing to pay? If everyone just wants cheap and nasty, thats easy enough and the price would be according. But if you would prefer something that is intended to last 10+ years, totally bioproof and reliable, thats another matter.
Quick rundown, it will be an analog display, rather simple and easy to read, will come with a charging station and inbuilt battery display. It will shine through your skin when a soft button in the center is pressed.
So everyone, have your say:
<50
50-100
100-200
200-300
300+
Tagged:
«12»