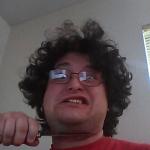 July 2016 edited July 2016 in Magnets
I stumbled across this thread: http://forum.biohack.me/discussion/322/magnetic-implant-via-injection-method/p1 and was looking for some follow-up info.  It seems to me that implanting using a needle would be much simpler and possibly less traumatic than the classic method.  Is there any reason that this is not a more popular method?
Tagged:
«12»